Why Should You Care About Water Issues In Your Community

Episode 22by Todd DeVoe2 months ago

At the end of my shows, I sign off with stay hydrated. There is a bit of a backstory to that because when my daughter was five years old, she wanted to record an episode with me. She talked about drop cover and hold. It was recorded in October, and as you know, this month is the Great ShakeOut, and to celebrate what she learned in school, she wanted to share it with the world. At the end of her little episode, she said I know what I do because I want to stay safe, stay with my family, and stay hydrated.

Staying hydrated may become harder in the coming years. The water problem in the Southwest does not look like it is resolving anytime soon. Lake Mead is at its lowest since it was built by the Hover dam, and the colorado river is also low.

Monterrey, one of Mexico’s largest cities in the state of Nuevo León, has a population of more than five million. There has been no running water in homes for over four months. The area’s mountains also supply drinking water to parts of Texas. They have not been able to send the allotted water because there is little to share.

Why are we talking about water on a Business Continuity Show? Because you need to provide drinking water to your employees.

Drinking water at work is not only a good idea but legally requires employers to provide it. To discover the intricacies of the law, I’ve done some research and compiled it into a comprehensive document. Knowing your rights on the subject as an employee or understanding what you must provide as an employer can be helpful.

The specifics of the law regarding drinking water in the workplace include numerous options for potable water. While some might see this law as a hassle, there are various reasons that hydrated employees are better workers. There are also risks involved if employees drink too little water.

Providing water to employees is part of the idea that a safe workplace is necessary. Failure to do so is not only illegal but not healthy for employees. There are a few options for providing potable water to workers, which improves overall working conditions and quality of work.

OSHA, the Occupational Safety and Health Administration, is a United States governing body that regulates safety and health issues in the workplace. Determining drinking laws in the working environment is at the hands of OSHA, and the following are the standards that have been developed.

First and foremost, all companies in the country are responsible for providing free potable water to their employees. Potable water is water that is known to be safe to drink or to cook with. Employees should be able to drink the water provided or wash their hands without fear of ingesting something they shouldn’t. It should also be completely free to all employees. Providing a vending machine would not meet the requirements of the law.

The water provided must be distributed in individual, disposable bottles, from a fountain or kitchen sink, or from a water cooler. A bathroom sink is not considered a sanitary space from which to obtain drinking water, as it could be easily contaminated.

Ian’s effects echoed a similar disaster in Jackson, Mississippi, where rising river water overwhelmed pumps at the main water treatment plant on Aug. 29, 2022, following record-setting rain. The city had little to no running water for a week, and more than 180,000 residents were forced to find bottled water for drinking and cooking. Even after water pressure returned, many Jackson residents continued to boil their water, questioning whether it was safe to drink.

Jackson had already been under a boil-water notice for more than a month before the crisis, which arrived like a slow-motion bullet to the city’s long-decaying infrastructure. Now, Jackson and its contractors face lawsuits and a federal investigation.

A quick History of COG, Civil Defense and Business Continuity 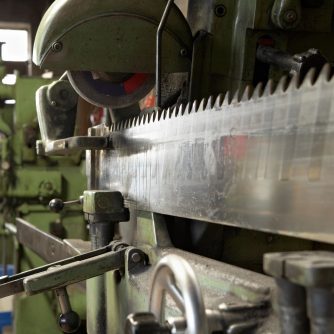 Sharping The Saw, Why You Need to Continue to Learn