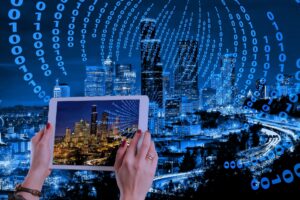 The Power of Mesh Networks During Emergencies

Episode 11by Todd DeVoe3 months ago

The new internet may soon be coming to a home near you in the form of Mesh Networking. So what is Mesh Networking and how does it differ from traditional networks…and how will it change disaster communications?

Welcome to Titan HST’s Business Continuity Today; good morning. Good morning. Good afternoon; depending on where you are at in this Great Nation. And wow, there’s a lot of stuff going on around the world. And today, we’re going to be talking about mesh networking.

My name is Todd DeVoe, Director of Emergency Management at Titan HST. I teach at the post-secondary level in emergency management. Learning things and sharing what I’ve learned is a passion for me. And welcome to Business Continuity Today.

Before we get into our topic of the day, I want everybody to have a safe, and Joyce…reflective is the word I want to use more during this weekend, but please take time to step back and reflect on why we’re having this long weekend. Memorial day is to remember those that went before us who lost their lives serving our country. That’s what Memorial Day is about. And as you’re cooking your hotdogs and your hamburgers at your barbecue, let’s take a second and reflect on that, then enjoy the rest of the weekend.

So mesh networking, what exactly is it? That is one of the biggest questions I get when I talk about how Titan HST has mesh networking built into our system.

It sometimes can be confusing, and there are a couple of different things out there that do mesh networking and do it well. And what it does is it creates a repeater, if you will, for your device to be able to communicate with other devices. So in the case of an emergency, when cell towers go down, cause they do. We saw this happening in some of the larger fires here in California, earthquakes, tornadoes, and hurricanes. Whan cell towers go down, but if you still have power on your phone, your phone can still send messages, even if it’s not hitting the cell tower.

And so basically, If your phone hits another phone with the message that has mesh networking, then the message can go down and a Daisy chain or down the road for as long as there’s connection until it hits a cell tower. And that’s able to push the information out to everybody else in the system, and that’s the basics of how it works, but what does it do?

And why is this important for emergency management and business? If you think about it is communication. We’ve talked about this a zillion times. It is always like the top three things you have an issue with, whether it’s communication in not understanding the verbiage sent.

So poor messaging communication in that the device doesn’t work, right? So there’s the radio or the phone or whatever doesn’t work. Or the third thing is communication, which is messages being sent or received in the wrong order. So those are some of the issues that we think about when we talk about communication.

There might be some out there that I don’t know that I’m not aware of, but the ones that I do have some working knowledge of voice are not the key. It’s getting text messages or email-type messages across the system. And also, the other side of it is data is located. Coming back to you.

So those are the two things that mesh networking is doing. I want to say a few years ago, in 2005. There are certain cities in the nation that we’re working on putting mesh networking nodes in, basically, the top of all their power poles or their traffic signals, what’s called a mesh net, if you would, over the city for communication needs and it works. For what they were doing. And they were looking at this as a way of doing nodes for the internet of things. And so mesh networking, at the end of the day, is critical when we’re looking to establish the internet of things, IoT. What that means are all the devices that have internet-based connectivity.

It’s, in some cases, a two-way device with that. So there, your televisions are now a mesh network or have IOT, which would fall up to the mesh networking. And then you’re starting to see the use of mesh networking and the internet of things with driving. So we see an increase in self-driving cars.

Now the other day. I was over at the security of studios, and we were standing outside, and one of the self-driving cars drove by; it was pretty interesting to see. And then yesterday, I saw a video of an Uber that sent an unmanned unstaffed, with no humans inside of its car. To pick up somebody, and I’m not sure where that was.

I was just, it was a video that was shown, and I find it interesting that we’re starting to see them, so the point about that is that those devices will rely upon mesh networking capabilities. So it is something that you really will have to get your head around in the business continuity space.

The device in play now and practice with it, especially one that has mesh, will be critical. When you start having these events, hurricane season… we just had the national hurricane conference… Hurricanes season is among us, if you will. That being said. So having that device that when the infrastructure is down, you’re still going to be able to communicate with each other and use a mesh network system.

One of the things that I’m proud of about being part of Titah HST is that we have; Vic, the CEO of the company, was leaning forward and looking at all of these different areas where communication has failed. And he found a solution for them, and using mesh networking, being an early adopter in the system or of mesh networking was critical.

And the fact that the software can turn your phone into a mesh networking device, I think, is impressive. And that technology is great. And we’ve seen it work. We’ve seen it work across California during a crisis, that communication was still able to get out. So whether you’re using Titan HST or looking at a secondary external device for your mesh networking, it’s critical for your business to do so.

Because it goes from phone to phone bounces, it is. It’s impressive that the more people, the more saturation you have of devices, and the better the network works. So I think that’s kind of cool.

So if you’d like to learn more about mesh networking and how it works for your devices, please check out www.titanhst.com and check our Titan HST for all of your communication needs. 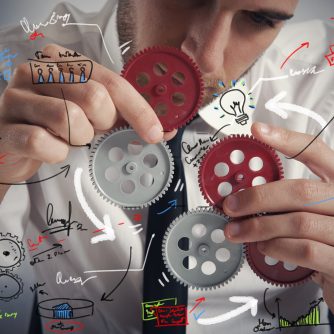 Thinking In Systems Make it Simple 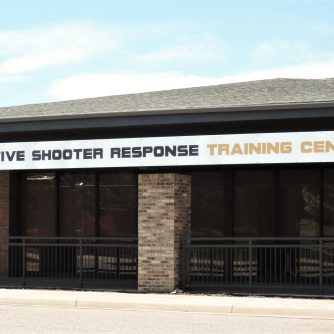 Training For Active Shooters Beyond the Response 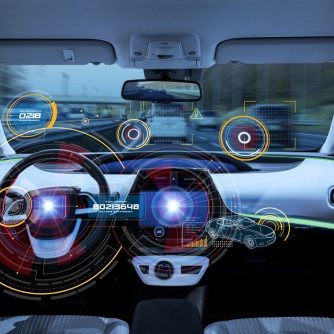 The IoT and AI Helping With Decision Making

The Power of Mesh Networks During Emergencies
Episode 11