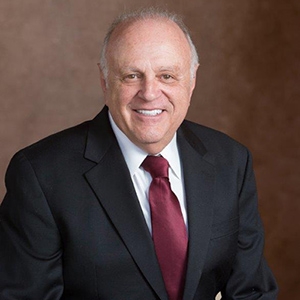 I had the distinct pleasure of getting to know Dennis Mileti when I was working at Dana Point. When we were working on building our messages for the SONGS EPZ. I learned a lot from Dennis during that time. He is one of the “founders” of modern emergency management practices. May you rest easy.

It has been said that on your tombstone the most important marking on it is the dash. That dash between the day you were born and the day you die, is the what you left behind. Why is Dennis Meleti a legend?

Who was Dr. Dennis Mileti?

Dennis was a legend in his own time, he was able to walk into the room in an unassuming way. When Dennis decided to talk, you knew he was the smartest man in the room. When you were one on one with Dennis, he had the ability to make you feel that you were the only person that matters to him at that monument.

Dr. Militi was the former director at the Natural Hazards Center. There he led the second assessment of natural hazards research. The result of the work was the masterwork Disasters by Design. The work leveraged the knowledge of more than 130 of the nation’s disaster experts and established a framework for sustainable hazard mitigation in the United States.

Dr. Mileti is also widely recognized as one of the world’s leading risk communication scholars. He was an advocate of creating messages and warnings that encouraged people to prepare for and respond appropriately to disaster risks. He knew that moving this research into action could save lives.

Mileti earned his PhD in Sociology at the University of Colorado Boulder, where he studied under Natural Hazards Center founder Gilbert White. He graduated in 1975 after contributing to the first Assessment of Research on Natural Hazards. He returned to CU in 1994 to become the third director of the Natural Hazards Center and professor in the Department of Sociology. During his tenure, which ended in 2003, he worked to advance research on the societal aspects of hazards and disasters and to support the next generation of researchers and practitioners.

Dr. Dennis Meleti, you will be misses and thank you for your work.