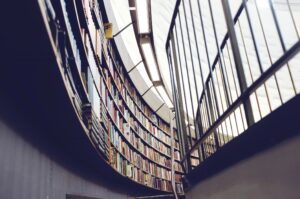 If you have been listening to my podcast for any length of time, you know that reading is something that I think all emergency managers need to do. In the last few years, I have had the Top Ten Books an Emergency Manager Needs to Have on Their Bookshelf. Yes, that is a very long title, however, I am not sure how to make it shorter. Click the title of the book to bring you to Amazon…No I do not make anything off the purchase of the book, however, Amazon makes it easy to share.

This year is the first time I am making a summer reading list.

Essentialism: The Disciplined Pursuit of Less

Description: The core of essentialism as a concept focuses on the idea that any particular entity requires certain elements for its functioning and existence. These are the essential traits that make an entity what it is. Essentialism is a book which deals with situations wherein people would find themselves in the middle of an information explosion. They could also feel occupied with a lot of work, but still, be unproductive. There are times when people follow the notion that they have to do everything, but on the contrary, they end up doing nothing. There is no specific direction to their tasks and neither to their goals. Essentialism is a concept narrows down this notion into doing the right things which are absolutely necessary, in the right manner, and at the right time. It is about categorizing things as important and unimportant as per one’s personal goals and doing only the important things. This ensures that there is a proper channel for one’s energy, time, and effort, which can be applied.

I chose this book because as emergency managers, we tend to be overwhelmed with work at times. EM tends to be that place that projects end up when other departments do not or cannot do the job. One of the words that we need to learn is NO! Bred McKeown lays out a great path to making your work more meaningful for you and more productive for your stakeholders.

Description: There’s a revolution taking place that most businesses are still unaware of. The understanding of how our brains work has radically shifted, exploding long-held myths about our everyday cognitive performance and fundamentally changing the way we engage and succeed in the workplace.

Based on the authors’ popular leadership programs, which have been delivered to tens of thousands of leaders all over the world, this clear, insightful, and engaging book will help both individuals and teams perform at their maximum potential, delivering extraordinary results.

I had Friederike Fabritius on my show a while bach (Click Here to Listen). One of my takeaways from reading the book was how to uncloud your mind (I am seeing a pattern here) by making mindfulness a habit. Friederike, goes deeper into how the brain of a leader works, not just squishy science (see what I did here). She also talks about decision making skills. As emergency managers, we need to practice good decision making.

Moment of Truth: The Nature of Catastrophes and How to Prepare for Them

Description We are woefully unprepared for our next major disaster—but the lessons we’ve learned post-9/11 in NYC can show all of America the way to true resilience.

These aren’t actual headlines—but they could be. Even though they sound like next summer’s blockbuster movies, each of these worst-case scenarios is a real threat—a threat for which America is hugely underprepared. But it doesn’t have to be that way.

This is not a book about disasters. Instead, Moment of Truth will tell you what these genuine threats mean for society as a whole, as well as for your region or town—or you. All we have to do is open our eyes and look beyond the “brick wall of hope” that clouds our vision in collective denial.

In addition to advice for government, Moment of Truth contains practical steps that you can take now to keep you and your family safe in the face of the next catastrophe. Because it may come down to just you.

First I have to be transparent I had Kelly on my show (Click Here to Listen) we have since become friends. Now this is not why this book is on my list. Kelly did an outstanding job of telling the story of what we do as emergency managers. Taking true events and making a story that captures the essence of the job, and the impact of the event on the victims and the survivors. This is a great read when you are sitting at the beach, up in the mountains. or just hanging at home.

Description: Plato is philosophy, and philosophy, Plato.”—Emerson
The Republic and other great dialogues by the immortal Greek philosopher Plato are masterpieces that form part of the most important single body of writing in the history of philosophy. Beauty, love, immortality, knowledge, and justice are discussed in these dialogues, which magnificently express the glowing spirit of Platonic philosophy.

Although some of my students think I may have know Plato, I did not. This is one of the books that makes you think. My copy I got at a used book store and since then I have dog eared underlined and written notes in the margins. This is one of the books that I goto when I have questions and man do I have questions. It is not just a philosophy book, it is one that has influenced the greatest minds of all time.

The Death of Expertise: The Campaign against Established Knowledge and Why it Matters

Description: Technology and increasing levels of education have exposed people to more information than ever before. These societal gains, however, have also helped fuel a surge in narcissistic and misguided intellectual egalitarianism that has crippled informed debates on any number of issues. Today, everyone knows everything: with only a quick trip through WebMD or Wikipedia, average citizens believe themselves to be on an equal intellectual footing with doctors and diplomats. All voices, even the most ridiculous, demand to be taken with equal seriousness, and any claim to the contrary is dismissed as undemocratic elitism.

Tom Nichols’ The Death of Expertise shows how this rejection of experts has occurred: the openness of the internet, the emergence of a customer satisfaction model in higher education, and the transformation of the news industry into a 24-hour entertainment machine, among other reasons. Paradoxically, the increasingly democratic dissemination of information, rather than producing an educated public, has instead created an army of ill informed and angry citizens who denounce intellectual achievement. When ordinary citizens believe that no one knows more than anyone else, democratic institutions themselves are in danger of falling either to populism or to technocracy or, in the worst case, a combination of both. An update to the 2017breakout hit, the paperback edition of The Death of Expertise provides a new foreword to cover the alarming exacerbation of these trends in the aftermath of Donald Trump’s election. Judging from events on the ground since it first published, The Death of Expertise issues a warning about the stability and survival of modern democracy in the Information Age that is even more important today.

As a young profession we are fighting for a seat at the table. Today we are seeing a push back on the Subject Matter Expert. When city officials hire recycled first responders as emergency managers, this impacts how the public sees what we do. Tom Nichols lays out a solid argument to why we need to fight for our spot at the table and why the SME is needed.

Description: Warnings is the story of the future of national security, threatening technologies, the U.S. economy, and possibly the fate of civilization.

In Greek mythology Cassandra foresaw calamities, but was cursed by the gods to be ignored. Modern-day Cassandras clearly predicted the disasters of Katrina, Fukushima, the Great Recession, the rise of ISIS, the spread of viruses and many more. Like the mythological Cassandra, they were ignored. There are others right now warning of impending disasters—from cyber attacks to pandemics—but how do we know which warnings are likely to be right?

Through riveting explorations in a variety of fields, the authors—both accomplished CEOs and White House National Security Council veterans—discover a method to separate the accurate Cassandras from the crazy doomsayers. They then investigate the experts who today are warning of future disasters: the threats from artificial intelligence, bio-hacking, malware attacks, and more, and whose calls are not being heeded. Clarke’s and Eddy’s penetrating insights are essential for any person, any business, or any government that doesn’t want to be a blind victim of tomorrow’s catastrophe.

Well the description tells us all that you need to know about this book. At times our field is made up of Cassandra’s. We make plans and people say that will never happen. How did people think of your pandemic plan before COVID-19?