Disaster Economics, Do We Have The Will To Change? emergency management network podcast

Episode 15by 2 months ago
Start listening

Disaster Economics, Do We Have The Will To Change?

I was writing a piece for this week on the efforts of humanitarians in the world. (This is because I had a great interview published on June 7 on Prepare. Response. Recover.) I could not shake the need to talk about disaster economics. As the hurricane season is upon us, Alex is heading to Flordia with an early-season storm as I read these words. We need to look at some history to address the future.

On February 1, 1953, a fierce, sustained storm created a massive surge in the North Sea off the coast of Holland. Floodwaters overtopped the dikes, swallowing half a million acres of land and killing nearly two thousand people. Within weeks of the storm, the government of Holland created a plan known as the Delta Plan, which is a set of recommendations for flood-control measures.

Over the next four decades, the Dutch invested billions of guilders in a vast collection of dams and barriers, culminating in constructing the Maeslant (Mas Lont) Barrier, an enormous movable seawall to protect the port of Rotterdam. Since the Delta Plan, the Netherlands has not been flooded by the sea again.

In the United States, policymakers fail to look at how disasters and the recovery process are costing taxpayers more money, time, and effort than if we invest in prevention, infrastructure improvements, and meaningful mitigation efforts.

Brock Long stated in an interview, “we’re in a vicious cycle of communities being impacted by disasters and having to constantly rebuild. And it’s almost as if we’re not learning anything from what mother nature and history has taught us.”

In the aftermath of Hurricane Sandy, which brought havoc to the Northeast and inflicted tens of billions of dollars in damage, it’s overwhelmingly clear that parts of the U.S. need a Delta Plan of their own. Sandy was not an isolated incident: Hurricane Irene caused nearly sixteen billion dollars in damage, and Hurricane Michael caused $25.1 billion. There is a growing consensus that extreme weather events are becoming more common and damaging.

The annual cost of natural disasters in the U.S. has doubled over the past two decades. Instead of just cleaning up after disasters hit. We need to ask whether we can find the political will to invest in such ideas.

Although politicians have called for significant new investment in disaster prevention, reports from Washington suggest that Congress will be more willing to spend money on relief than on preparedness.

That’s what history would lead you to expect: for the most part, the U.S. has shown a marked bias toward relieving victims of disaster while underinvesting in prevention.

A study by the economist Andrew Healy and the political scientist Neil Malhotra showed that, between 1985 and 2004, the government spent annually, on average, fifteen times as much on disaster relief as on preparedness.

Politically speaking, it’s always easier to shell out money for a disaster that has already happened, with clearly identifiable victims, than to invest money in protecting against something that may or may not occur in the future.

Healy and Malhotra found that voters reward politicians for spending money on post-disaster cleanup but not for investing in disaster prevention, and it’s only natural that politicians respond to this incentive.

The federal system complicates matters, too: local governments want decision-making authority, but major disaster-prevention projects are bound to require federal money. And much crucial infrastructure in the U.S. is owned by the private sector, not the government, making it harder to do something like bury power lines.

These are genuine hurdles, and safeguarding the great expanse of the Atlantic coast is a much more expensive proposition than defending Holland’s smaller one. But there’s a more fundamental problem: the U.S., as a rule, tends to underinvest in public infrastructure. We’ve been skimping on the maintenance of roads and bridges for decades.

The American Society of Civil Engineers gives the nation’s infrastructure a grade of C-minus; however, 11 of the 17 infrastructure categories evaluated are graded in the “D” range. In addition, they found that 70% of the nation’s electrical transmission and distribution lines are well into the second half of their expected 50-year lifespans.

Though we may have the most incredible twenty-first-century technology in our homes, we’re stuck with mid-twentieth-century roads and wires.

Meaningful disaster-prevention measures will undoubtedly be expensive: Yet inaction can be even more costly; after Katrina, the government had to spend more than a hundred billion dollars on relief and reconstruction—and there are good reasons to believe that disaster-control measures could save money in the long run.

The A.S.C.E. estimates that federal spending on levees pays for itself six times over. That is, the investment in infrastructure is saving taxpayers money.

The federal government is already on the hook for all the damage caused by disasters. To be prudent stewards of taxpayers’ money, we need to address how much those disasters cost and put money into prevention and preparedness programs.

The Global Risk Report identifies global risk perceptions among risk experts and world leaders in business, government, and civil society. It presents the results of the latest Global Risks Perception Survey, followed by an analysis of critical risks emanating from current economic, societal, environmental, and technological tensions. The report concludes with reflections on enhancing resilience, drawing from the lessons of the last two years of the Covid-19 pandemic.

Accounting for probabilities in conflict

In his latest blog, Phil Trendall says that we must stop hiding behind likelihood calculations when it comes to emergency planning. The U.K. needs to think about what civil protection looks like in a war that could escalate.

Have you ever thought about what happens with the personal effects of the disaster zone? Robert A. Jensen has written an up-close and personal look at the complex work behind the yellow tape. He has chronicled the grim job of sorting through the personal effects and what the unique tool the repeated exposure to mass death brings.

For Waffle House, Keeping the Doors Open is About Community

In the Southern U.S., spotting the iconic Waffle House sign means a hot meal, a stop on a long drive, or a place to gather with friends. Waffle House is Americana at its best and a symbol of pride for Southerners. Following the 2011 Joplin Tornado, F.E.M.A. Director Craig Fugate created the Waffle House Index, an informal metric that helped F.E.M.A. determine the storm’s impact based on if the local Waffle House restaurants were closed or open. But even before the index, continuity of operations was ingrained in the culture of Waffle House. We are joined in this episode by Will Mizell, VP of People for Waffle House, to talk about how they prepare, respond, and recover from a disaster. While it may not make fiscal sense to remain open, Waffle House keeps operations going for the communities they serve. Don’t be surprised if you happen to be in a Waffle House after a bad storm. The person working the grill may very well be the C.E.O.

The IoT and A.I. Helping With Decision Making

As organizations look at ways to address the most significant challenges, from natural disasters to sustainability, they need to invest in the IoT solutions embedded with advanced analytics to better prepare for and react to these incidents. 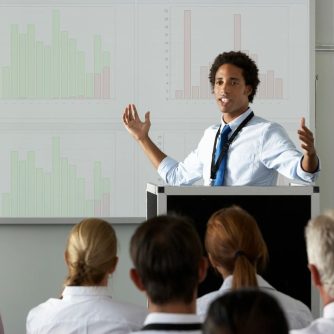 Disaster Economics, Do We Have The Will To Change? emergency management network podcast
Episode 15
Generated by Feedzy