Episode 32by Todd DeVoe4 weeks ago

When I was thinking about resilient leaders, Teddy Roosevelt was the first to come to mind. It is not his bravado that interested me; what draws me to him, he should have never even made his way to local politics, let alone his rise to the President of the United States. TR was the first modern President; he fought his demons and tragedies. He was constantly proving himself, not to others, but to himself. He became the most beloved and hated personality in the world. Today, TR is still studied, written about and in some cases revered despite his flaws and, in some ways, because of them.

Teddy Roosevelt was born into a wealthy family in New York City on October 27, 1858. His father, Theodore Roosevelt Sr., was a glass importer and one of New York City’s leading philanthropists. His mother, Martha Bulloch Roosevelt, came from a prominent family in Georgia. Roosevelt had an older sister, Anna, and a younger brother, Elliott.

Despite his privileged upbringing, Roosevelt’s childhood was marked by tragedy and illness. His father died of stomach cancer, leaving his mother to raise him and his siblings independently. Roosevelt’s mother was a loving and supportive parent, but she struggled with depression and was often bedridden.

Roosevelt himself struggled with health problems throughout his childhood. He was a sickly child, suffering from asthma and other respiratory issues. He was also prone to recurrent fevers and was often confined to bed for long periods. Despite these challenges, Roosevelt was determined to overcome his physical limitations and lead an everyday, active life. He began exercising and practicing deep breathing techniques, which helped him improve his lung capacity and strengthen his body.

The story goes that as young Theodore Roosevelt approached puberty, still frail, puny and nearsighted, his father (a robust man) said to him, “Theodore, you have the mind, but you do not have the body. You must make your body.” Accordingly, he transformed an upstairs room into a mid-19th-century gymnasium with assorted weights and barbells, punching bags and boxing gloves – and a 19th-century personal trainer to instruct. Thus equipped, TR (the one we know) embraced the strenuous life and shaped up.

Roosevelt’s mother recognized his love of reading and encouraged his intellectual curiosity. She hired tutors to teach him at home and provided him with many books to read. Roosevelt became an avid reader interested in history and adventure stories. He excelled academically and was a top student at his prep school, Groton School.

Despite the challenges he faced, Roosevelt’s childhood was a happy and fulfilling one. He was surrounded by a loving family and had the opportunity to pursue his passions and interests. His mother’s influence was significant, as she provided him with the support and encouragement he needed to overcome his physical limitations and succeed in life. Roosevelt’s childhood experiences would shape his character and inspire him to become the man he would later become – a man of incredible resilience and determination.

TR’s resolve was tested On February 14, 1884, when he received the devastating news that his wife and his mother had died on the same day.

Roosevelt married his first wife, Alice Hathaway Lee, in 1880. The couple had a baby girl, Alice, in 1884. However, just a few days after Alice’s birth, Roosevelt’s wife fell ill with kidney failure and died.

Just hours after Roosevelt’s wife died, his mother, Martha Bulloch Roosevelt, also passed away. She had been suffering from a fever, and her health had declined for some time. Roosevelt was heartbroken by the loss of his mother, who had always been a constant source of support and encouragement for him.

The double loss devastated Roosevelt, who was just 25 years old. He was overwhelmed with grief and struggled to come to terms with the loss of his wife and mother on the same day. Roosevelt’s father had also died when he was 19, and the loss of his mother left him feeling alone and adrift.

Despite his grief, Roosevelt refused to let the loss of his wife and mother define him. He threw himself into his work, focusing on his career and leaving his young daughter in the care of his sister. Roosevelt turned to outdoor activities like hunting and hiking to help him cope with his grief. Some historians believe Teddy Roosevelt suffer from depression. He would take to the woods for months at his low.

The double loss of Teddy Roosevelt’s wife and mother on the same day was a devastating and life-changing event. Roosevelt’s resilience and determination helped him overcome his grief and move forward with his life. He remained committed to his family, work, passions, and enduring spirit helped him emerge from tragedy even stronger than before.

To escape the thoughts of his wife, Roosevelt decided to move to the west and start a new chapter in his life In Montana. He purchased a ranch in the Badlands of North Dakota, which he named the Elkhorn Ranch. He became a Law Man, hunted down a wanted man, and spent weeks in the wilderness. Roosevelt had always been an avid outdoorsman and was drawn to the rugged beauty of the Badlands.

Roosevelt also found time to pursue many interests in the west. He was an avid hunter and spent many hours hunting big game, including bison, elk, and bear. Roosevelt also enjoyed fishing and spent countless hours on the rivers and streams of Montana and North Dakota, casting his line in search of the perfect catch.

TR was an amateur wildlife biologist. In his early years, when he was sick as a child, he learned taxidermy and had a collection of birds and rodents in his New York City home. The servants in his home refused to enter his room because of all the dead animals. TR even opened his natural history museum when he was eight. This skill played an essential part in his journey in the Badlands. In addition to enjoying the outdoors, TR cataloged birds and other species of animals. He noticed that the Badlands was dying. It was here that Roosevelt became a true conservationist.

In addition to his long hunting trips, he also took an active role in managing the ranch. TR worked closely with his cowboys, learning all aspects of ranching and helping oversee the Elkhorn Ranch’s day-to-day operations. Roosevelt was a hands-on owner known for his strong work ethic and dedication to his ranching operation.

Despite his love of ranching, Roosevelt also found time to pursue other interests in the west. He was an avid hunter and spent many hours hunting big game, including bison, elk, and bear. Roosevelt also enjoyed fishing and spent countless hours on the rivers and streams of Montana, casting his line in search of the perfect catch.

Because of Roosevelt’s time in Montana, he became committed to conservation. He was a strong advocate for protecting the region’s natural beauty and worked tirelessly to preserve the wilderness of the Badlands. Roosevelt established the Elkhorn Ranch as a wildlife sanctuary and became a popular destination for birdwatchers and nature enthusiasts.

In addition to his conservation efforts, Roosevelt became involved in Montana’s local politics. He was a vocal supporter of the progressive movement and worked to promote reform and improve the lives of ordinary people in the state. Roosevelt’s influence and leadership were widely recognized in Montana, and he became a beloved and respected figure in the community.

Overall, Teddy Roosevelt’s time in Montana was significant and formative. He proved to himself that he was resilient and could move on from the troubles that he had left in New York. He lost most of his cattle, which was financially bad for him. However,  He developed a deep love for the outdoors and the wilderness, and his ranching and conservation efforts in the state helped shape his legacy as a champion of the environment. Roosevelt’s time in Montana also allowed him to reconnect with his roots and rediscover his passion for adventure and exploration. TR returned to NY to take on the political machines and get involved in his other passion, public service.

We are going to do things a little differently this year. Instead of releasing twelve books at once for the whole year, we will release three books each quarter. This will give us some more flexibility to choose books that apply to current events as they may arise. Here are my picks for the first quarter of 2023.

Emergency Managers are not the “Switzerland” of Disasters

Switzerland’s current policy of neutrality means it doesn’t take part in armed conflicts and doesn’t support any warring party. Why do some think of Emergency Management as being neutral?

What are the challenges for Business Continuity for 2023?

As we enter 2023, businesses face various challenges that could impact their ability to remain operational and competitive. From the ongoing impact of the COVID-19 pandemic to the increasing frequency and severity of natural disasters, companies must be prepared to navigate various challenges to ensure the continuity of their operations.

Resilient leadership is the ability to effectively navigate and overcome challenges, setbacks, and adversity to achieve success. It involves adapting to change, returning from failure, and remaining positive and focused even under challenging circumstances. Resilient leaders can draw on their inner strength and resources to persevere and find solutions to problems rather than becoming overwhelmed or discouraged. They can maintain their sense of purpose and direction and inspire and motivate others to do the same. Resilient leadership requires a combination of mental and emotional toughness, self-awareness, self-regulation, and a willingness to learn and grow. It is a critical trait for anyone in a leadership position and can help organizations and teams achieve their goals and thrive in an increasingly complex and dynamic world. 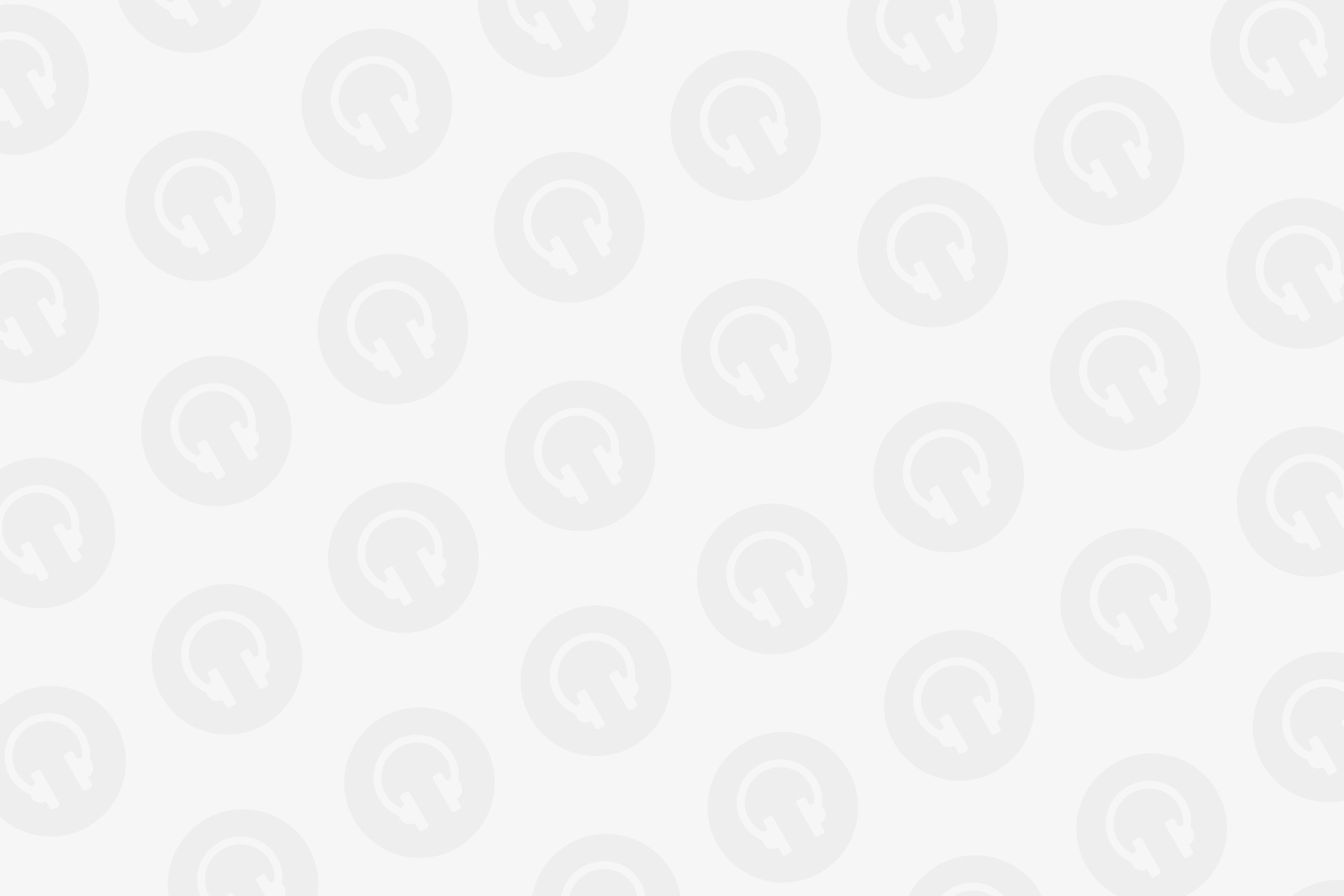 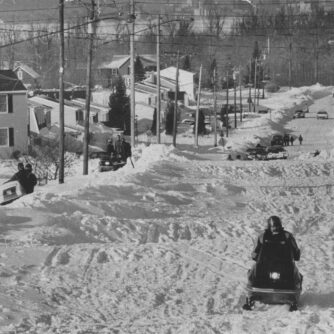